I am a President’s Guide and I cannot tell you how much I loved being a Girl Guide. It is one of my fondest memories from school days and even now i cheer up when talking about it. But time has erased many of the memories. No one really owned a camera those days and we don’t have pictures to remind us of that time.

We had an active Girl Guides group managed by enthusiastic teachers because of which we thrived and excelled and therefore those days still live in my memory among my thoughts of happy school days.

Before you become a Girl Guide at the age of 11, you are initiated into the movement by becoming a BULBUL. You are a Bulbul for two years, at the ages of 9&10. What we did at the Bulbul meeting was not to be discussed with the rest of the school or class, it was our very own secret. In hindsight I don’t see why it was a secret, but anyway, that’s how it was. To the weekly meeting we wore the ‘bulbul uniform’ which was very similar to the one we would later wear as Girl Guides. As Bulbuls I think we had a prayer song, a motto, a promise, a two-finger salute and a funny birdie walk that symbolised us being ‘bulbuls’ that required us to stand in a circle and hop together to the centre while saying (or should I say cooing??) something that sounded like “two-wit-tooo” a few times 🙂 🙂

Being generally a bright student and showing promise as a good bulbul, I was sent to a camp (my first ever) to Mysore. I remember being excited and looking forward to the camp which I think was for 4-5 days duration (no more than a week, I am sure, but I cannot remember the exact number of days). I think it was State level camp, so bulbuls from all over Karnataka were there. All the excitement melted away at night on the first two days. I remember being homesick (despite being used to staying nights away from my parents at my grandparents’ during school holidays) and crying into my blanket and falling asleep at some point. Even so, I was hooked. I do not remember if as Bulbuls we went on any other camping trip, conducted by school or the otherwise, but this memory of the Mysore Camp has stayed strong with me.

Once I became a Girl Guide, I became a seasoned camper. Even if we ate crap for our meals, slept in tattered tents, didn’t bathe, were mostly constipated, and had to relieve ourselves in makeshift loos, I enjoyed the whole process.
Learning to tie various types of knots, knowing their uses, building a flagpole, cooking with/without fire, building a signalling tower, learning Civil Defence, the discipline of the march past, watching your friends flirt with the boy scouts, making good friendships with other Guides and Scouts, the train, bus and tractor journeys, everything was FUN!!!

On our school whatsapp group, those of us who went on these camps together and subsequently became President’s Guides, reminisce the good times and feel nostalgic from time to time. One of the camps that we had been to is the State Camp held in Doddaballapur, which is 45km from Bangalore.

A couple of weeks ago I decided to take a trip to Doddaballapura and try and find the camp site and look around. Again, I have only vague memories of this camp. So with the help of Google Maps I reached the place that has since been renamed as Dr. Annie Beasant Scouts & Guides State Training & Camping Centre. The 104 acre wooded area has since been walled (mostly) so as to prevent the locals from walking through the camp site to the village that is about 2km away. The villagers now use a tarred road that abuts the site compound wall. 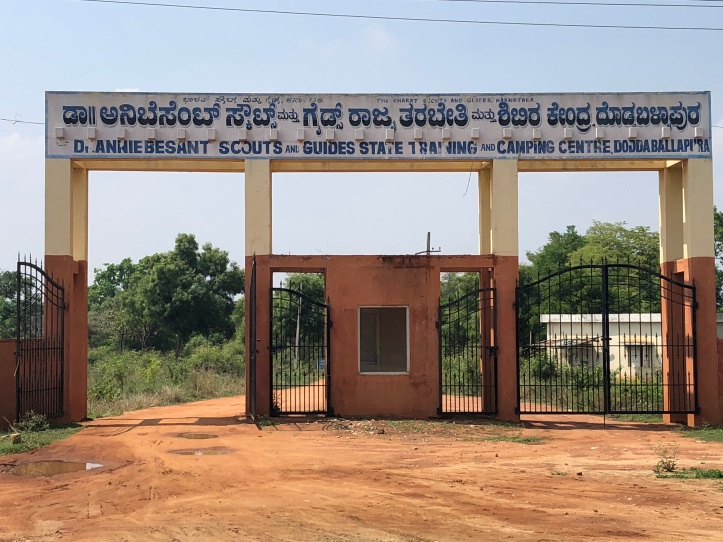 On entering the compound the untarred road splits in two. I chose to take the lesser trodden path only to discover that I couldn’t drive further. So I left the car there and decided to walk.

There are several new buildings – a dormitory block, dining and kitchen blocks, an Audio-Visual theatre and even a swimming pool!

The large ground has a new and shining signalling tower! 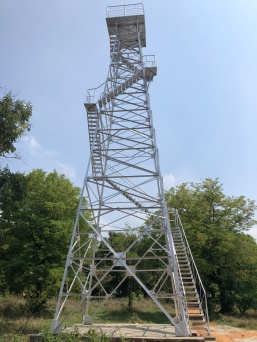 I discovered tents on one side of the huge ground. One of them even had the emblem and the words ‘BS&G, Karnataka’ stamped on it.

Walking further I discovered old buildings which I think must exist from my time in the Scouts & Guides Movement! 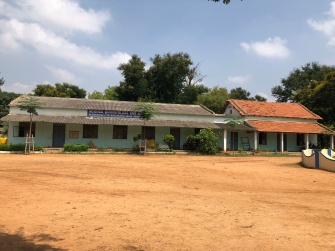 The red oval shaped building, I learnt, is a library and office of the caretaker who visits the site everyday and is incharge of its overall upkeep and maintenance.

I met a lady who happened to be the store-keeper’s wife. The Store-keeper and the Warden are the only two ‘officials’ who live year round on campus. The grounds are used by the NSS, NCC and for camps organised by colleges for their students.

Many plaques are found all over the camp site, some indicating the inauguration details of the various arenas and others with the Scout & Guide Laws and Promise, busts of the founders of the movement, etc. 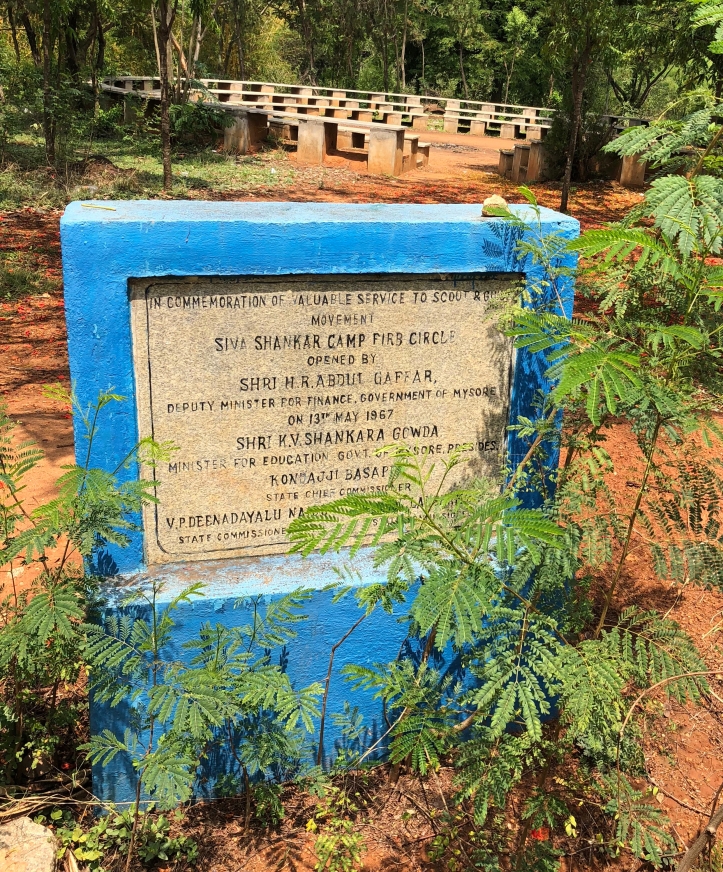 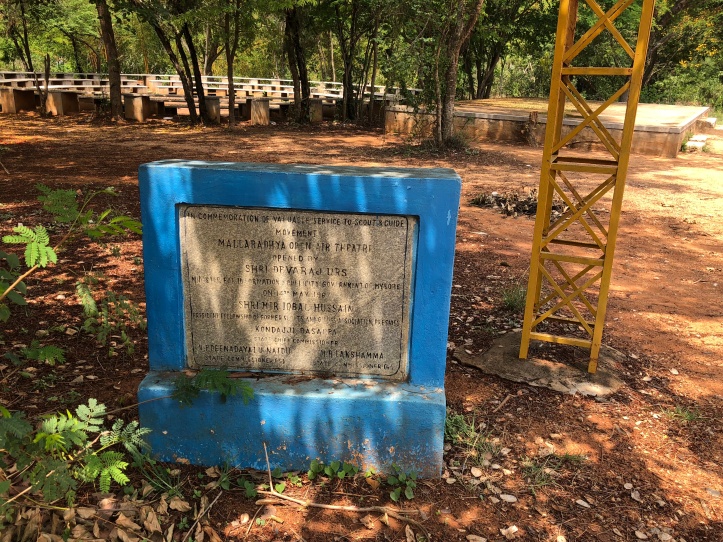 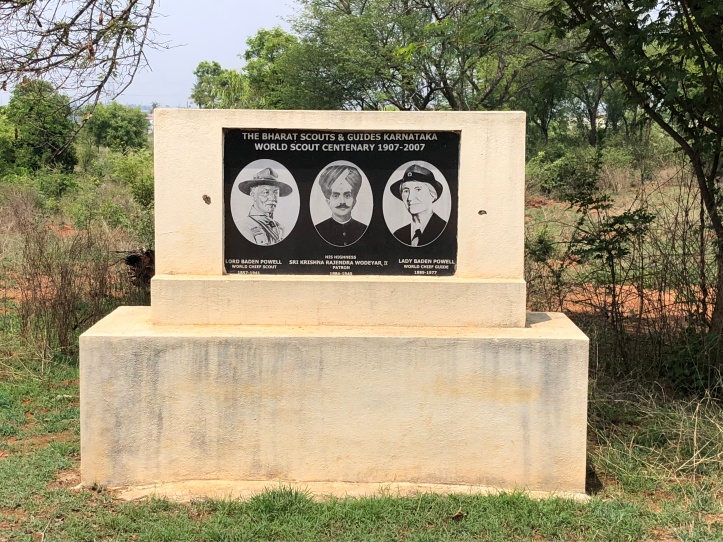 There is even a temple on-site! 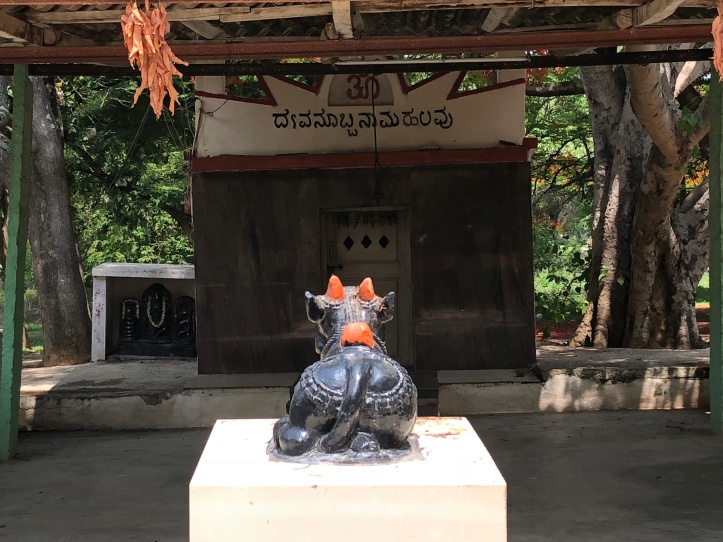 The entire site is wooded with many well grown trees that offer shade to create seating areas under their canopies. 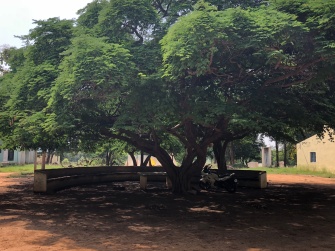 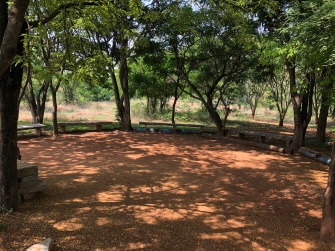 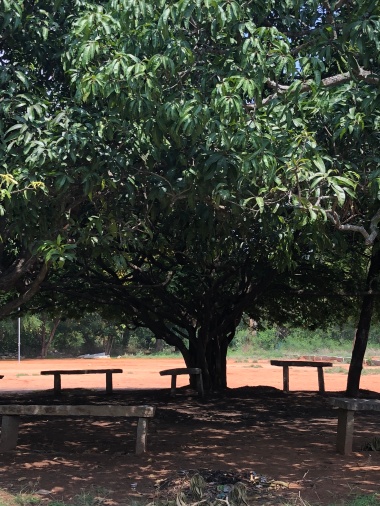 All in all it was a nostalgic trip and I am glad I went to see the place.

You can find me here too!